On Friday, the Reserve Bank of India said the country’s forex reserves scaled to a new high of USD454.492 billion due to accretion worth USD 1.07 billion for the week […] 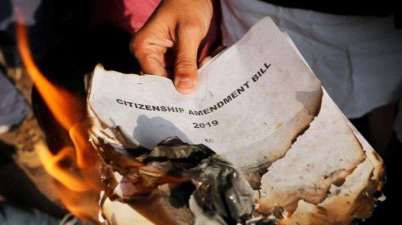 India’s exports contracted for the fourth month in a row in November, dipping 0.34 per cent to USD 25.98 billion, mainly on account of poor shipments of petroleum, gems and […]

US Congress to designate India's NAVIC as allied system

The US Congress has consented to designate India’s NAVIC as its ‘allied’ navigational satellite system along with the Galileo of the European Union and QZSS of Japan. Approved as part […]

Islamabad: Pakistan Prime Minister Imran Khan on Tuesday condemned the passing of India’s controversial Citizenship (Amendment) Bill 2019, which seeks to give Indian citizenship to non-Muslim refugees from Pakistan, Bangladesh and […] 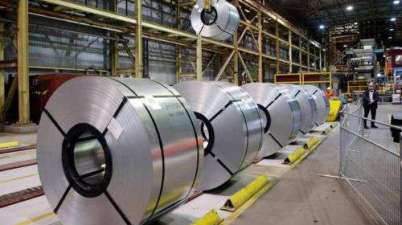 order, but will remain strongest in Asia, Moody’s Investors Service said on Tuesday. India will remain the world’s second-largest steel producer behind China after having overtaken Japan in 2018, it […]

India’s growth and potential in defence sector present significant opportunities for Swedish companies to manufacture in India for domestic market and for exports, President Ram Nath Kovind said on Friday. […]