After the OnePlus 7 Pro (Review) launch, the discussion around 90 Hz display became quite mainstream. Asus ROG Phone, however, was the first phone to come with a 90 Hz display in […]

Samsung Galaxy A91 to come with Snapdragon 855, 45W fast charging

According to Sammobile, Samsung is readying the Samsung Galaxy A91 with some pretty impressive specs. The phone is expected to be a part of Samsung’s A-series 2020 lineup, meaning it […]

These LG wireless earbuds come with a self-cleaning feature

While new wireless earbuds are attracting buyers with high-quality audio, better design, and long-lasting battery, LG’s latest offering is aimed at germaphobes. The company has launched Tone+ Free earbuds that […] 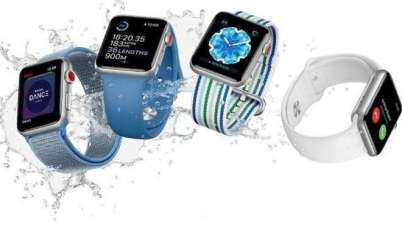 Next Apple Watch may come with sleep tracking feature

San Francisco: Apple is working on a sleep tracking feature called `Time in Bed tracking` for its new range of Apple wearables. The new feature will give users the option […]